Welcome back to Carol's Corner. I know everyone enjoyed the feature story I kept up for the last 3 days. You're in for a treat with another feature story I will get to in just a minute. We'll get my fashion spot out of the way first. Well red was my color for this past few days and I so love this dress. The winner of “Name My Ensemble ” is Paula Cummins with “Reddy for Anything.” Great job Paula.

Wore this bracelet that houses my exercise tracker for another day. It is such a beautiful piece. I love it. 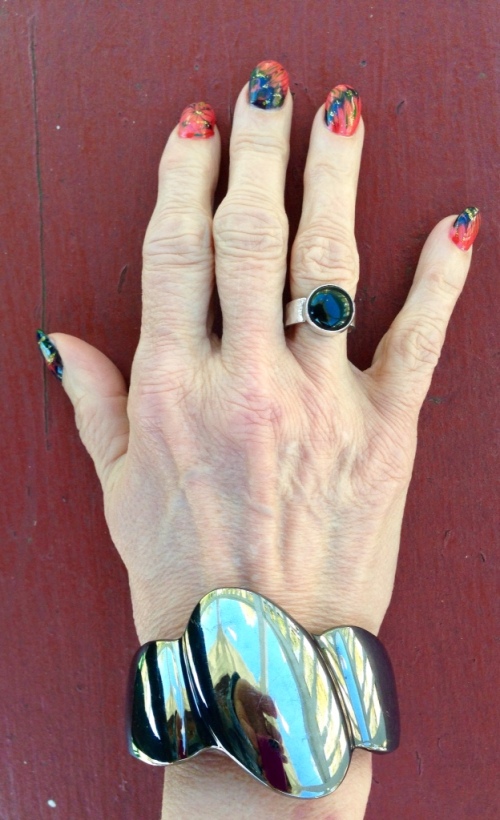 And again this black watch that I wear frequently.

And now to another very special feature story that will inspire you in many ways. This is the story of Shannon Mimzy Lewis in her own words.

A few months ago, Carol asked me if I would be interested in sharing my story with you her readers. Carol is such an inspiration herself and I have enjoyed reading her blog. I was honored that she had asked me.

My weight loss story is a little different than some. In May of 2014 I had been inspired by a friend that was working on her pro card as a fitness model. I thought, why can't I do that? I joined a gym and hired a trainer and began working on my physique so I could enter a fitness competition. I was excited and determined. I worked out before, but not at the level something like this required. I also ate pretty well, but because I was trying to train my body to look a certain way, I had to make some changes. In June 2014 I started a new job, but kept up with my training and was noticing some slight changes. I noticed that I was experiencing some fatigue. I figured it was due to my new schedule and new job. It began to become bothersome so I made an appointment with my doctor. He ran some basic tests, but one test came back with elevated liver enzymes. So he ordered another blood test to be sure. My results came back that my liver enzymes were still elevated. I was beginning to experience a slight pain in my side. He ended up ordering a CT scan. In July 2014 I went for my CT scan. It was on my lunch hour and I was in a hurry to get back to work. I knew something was off because they were taking a long time with my pictures. The nurse came in and told me it would be a little while longer because the radiologist needed to take a few more pictures. Later that afternoon my doctor called me at work and told me he needed to see me and my husband in his office later that day. I was in shock and had no idea why he would need to see us both. We arrived and I could tell by the look on my doctor's face that the news was not good. He informed us that the radiologist had found metastasis in my liver and in my spine. The radiologist did a full scan to see where the original cancer could have come from. He had discovered 3 tumors in my left breast. Not only did I have breast cancer, but it had already spread. I was in shock and scared. I turned to my faith and decided then and there I would do whatever it took to stay alive for my daughter, who at the time was only 6 and my husband. It was a whirlwind of appointments, tests and procedures after that. It was determined I did indeed have Stage IV invasive ductal carcinoma (metastatic breast cancer-since it spread). I was having pain in my back and it was discovered one of the tumors was pressing on my spinal cord. I needed to start radiation right away. Following radiation, I underwent 8 rounds of chemo (Taxotere) with infusions of Herceptin and Prejeta. In February 2015 I was told there was currently no evidence of disease and officially classified in remission. Praise the Lord! I will continue to get infusions of Herceptin for the rest of my life as well as take a prescription of Tamoxifen. However, this combination of medications will keep me in remission for a very long time. Unfortunately while undergoing treatment I gained a lot of weight. Some of the blame goes to medicines, my lack of energy and for a long time only eating mac and cheese from Panera Bread. (It was the only thing that tasted normal during chemo). I knew I had to do something. I joined Weight Watchers using their online program and app for my smartphone. I have lost close to 20 pounds using their program. I also began using several of the DVDs from “Leslie Sansone's Walk Away The Pounds” series. I was and still am battling fatigue and bone/joint pain so it was hard to make sure I got my workout in often. Because of having such a hard time with exercise, I made sure not to go over my points. The points system helped encourage me to make better choices and more about portion control. I also was able to figure out my points so that if I wanted to enjoy a treat, I could without worry. My husband noticed my results and even joined in with me. Ha also has had great results with the program. I have now graduated to a more challenging Pilates/yoga program and am continuing to see results. I actually just tried on my favorite pair of pants (which I had when I was dating my husband–so more than 10 years ago!) and they fit! Guess who will be wearing them tomorrow? I have so many reasons to keep going on my road to recovery and to stay on track with my healthy lifestyle. Even on those days I am not feeling my best, I try to have 10 minutes of some kind of exercise. I also make mindful choices when it comes to fueling my body. I also treat myself and don't beat myself up if I make some bad choices. I just know to do better at my next snack or meal. I hope my story will encourage you not to give up in your journey. We all have hurdles and struggles, but they can make us become the best self we can be. You never know who you are inspiring.

Now that you have heard Shannon's courageous and inspirational story, she gave me a few pictures to post here. The first two were at the beginning of her treatment and the last one was last month. 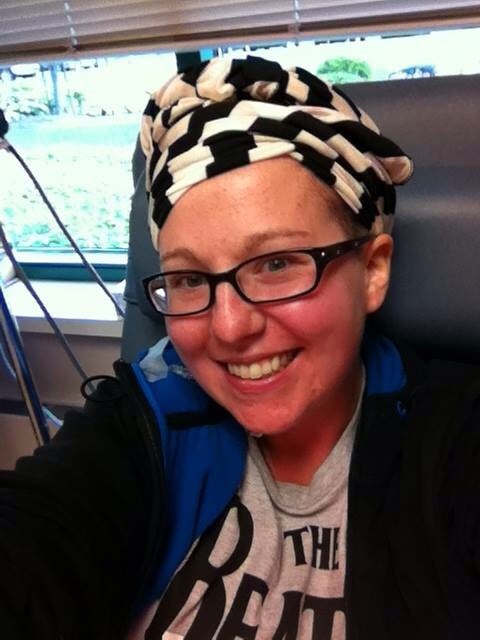 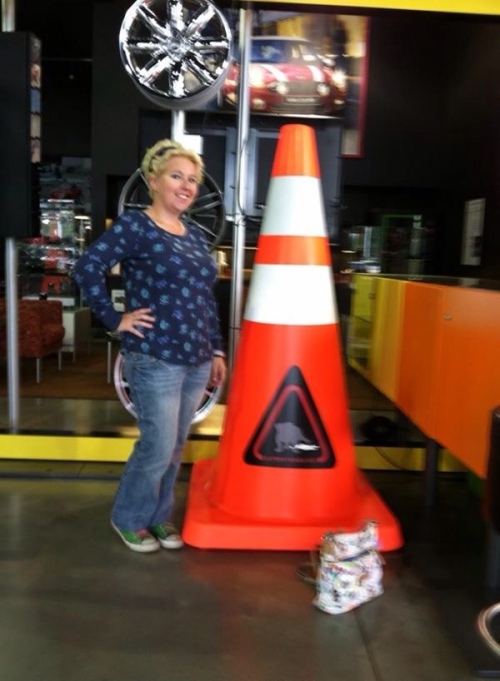 Thank you so much Shannon for sharing your story with my readers. I pray that the Lord will keep you in good health and I wish you the best as you continue on the journey. We all are in this together. Till next time, God Bless.